The Voice of an UNSUNG HERO-Survivor's wife.

Today, November 18, 2014 is our 3 year wedding anniversary.  3 years ago I married my best friend. I'll never forget my first date. Jumped on the Harley and headed to Merla Mae Ice Cream. As we sat that getting to know one another I thought wow, I really like her. I kept thinking, should I tell her I am sick? Should I tell her what happens to me even though she won't comprehend it?
I have hid my attacks before dating and when they happened the girl got so freaked out she bailed on me. I have dated other girls and told them I was sick and they bailed on me. But my gut that day said tell her.

So, it went something like this..
....I have something to tell you....Really? So do I ! You first, no you first. OK....I am sick. I have the worlds most painful disease known to medical science and I get these attacks.
Your turn.....I am Bi Polar and in recovery with 4+ years clean time.

I hugged her tight. She asked why. I said you had a problem, recognised it, fixed it, while most people won't even admit it. Kudos to you and by the way. I hate drugs and alcohol. Can't stand either. The bi polar thing turned into a nickname I gave her.....my Polar Bear. Cause 3 years later...she is the most normal person I know.

The first attack happened, she stayed. The second, she hugged me. The third, she asked how to help. The forth and thousands of attacks later. She is still by my side. Even after 4 brain surgeries. In fact, she married me 2 months prior to m big DBS brain surgery where I could die during surgery. Yup, she is a keeper.

Falling in love was easy. She is easy to love. Respecting my wife came first. I admire my wife's tenacity for her recovery. I admire my wife's will to help others and be kind. She does not have a mean steak in her. She is a fantastic mom to my son. Just a really kind sweet gorgeous lady. I am a better man for knowing her.

At the Nashville Cluster Buster Conference she was able to meet some "Supporters" but to me my terminology is 'UNSUNG HERO'S". Simply because we have no choice we are sick yet they have a choice to stay and help. The unsung hero's are just that. Only cowards leave. While at the conference she met many and shared her experience, stories, thoughts and feelings. Once she returned. She was asked by Martin a fellow Canadian who we admire so much. He asked if she would write her own thoughts and feelings about being the supporter/unsung hero in a relationship and what its like. And this is what she said below.

Last night my wife and I said we had no money to buy each other gifts for our anniversary. She said, take my letter to Martin and post it on your blog. Its my gift to you for all the other wives, husbands and kids out there who can relate. So I am cutting and pasting her "Own words". And sweetheart. I love you.  Happy 3rd Anniversary!

These words below are exactly from my wife's mouth. An unsung hero to me and many.

So here is my take on being a supporter of a survivor.

I've had my share of challenges in my life.  My struggles and bridges to cross.  I felt like it would be difficult to find someone to share their life with me who could understand...truly understand how it felt to fight to get through one more day.   And then I met him.   And my life changed. He accepted me with all my flaws and defects and when he told me about the beast he battled with every single day, I accepted him fully and completely.   Did I grasp what it would really be like right off the bat?  No, I did not know what the most painful condition known to medical science looked like. I think I thought I did but what I saw him go through, multiple times a day, shocked me into recognizing what his life truly looked like.  And I thought I had it difficult. I felt powerless to do anything for him, besides to run for his meds and hold his hand and pray.  I was generally tough about it and strong for him, but I often cried, begging for these attacks to stop.  I wondered if I could be strong enough for him, if I had it in me to help him, or if I could sit and watch knowing there was nothing I could do except hold his hand and rub his back and wait it out with him.

After having tried and exhausted all medications and treatments, in April  of 2011, a few months before our wedding date, Tom underwent his first brain surgery. It was Occipital Nerve stimulation being inserted, two wire leads into the nerves in the back of his head.  He came out the other side ok, just sick from the anesthesia (we learned also that he had an allergy to Gravol after days of nausea and vomiting). Which ironically worked out for him because we had both just quit smoking cold turkey on the day of his surgery.  Unfortunately the ONS did not help Tom at all and he had them removed within a couple of weeks.

Feb 23 of 2012, Tom was scheduled for the next surgery called Deep Brain Stimulation.  I can't explain the feeling you get when you kiss your loved one as they wheel him away, knowing that his skull and brain would be drilled into and a foreign object impaled deep into his brain.  Myself and our son smiled and told him we would see him on the other side in the recovery room, and as he turned the corner out of our view, we gulped back our sobs and pulled it together and went out to wait the longest wait ever.
The doc came out to tell us that The surgery was successful and we breathed a sigh of relief.  There was a two week wait before they turned on the  neurostimulator to let him heal a bit, and when they turned it on it made Tom dizzy and light headed.  He adjusted and we went home to see how it would work. Still got the attacks although not as severe. Beginning of April Tom noticed that there was a bit of pus draining from the incision where the pacemaker was inserted in his chest. We went to the hospital and they kept him overnight and got him into surgery the next day.  They said that he only had 24 hours before the infection would have travelled from the pacemaker up the wire leads into his brain, and killed him.  This is where we really appreciate the health care system here in Canada. We are so blessed.  So they removed the pacemaker and got out all of the infection.  He healed up and waited until after the summer to reinstall it.  That surgery went well and he was all plugged in and hopeful that this would help these attacks. Tom was the 17 th in the world and 2nd in Canada to have this procedure for cluster headaches. We were so hopeful.

After the neurosurgeon adjusted the frequencies many times, and waiting, and experiencing side effects, there was not much improvement in his condition.  We began to lose hope in the procedure.  A long time previous to choosing surgery, we had learned a bit about the use of psychedelics to treat clusters.  Tom having gone to school to be a police officer, and his strong conviction about the use of illegal drugs, this option was not viable.  But then came the worst three months of attacks he had ever experienced over his nine years of chronic everyday attacks. Desperate, Tom approached people on the Cluster Busters website and learned more about how to use the psychedelics to stop his attacks.  He obtained some magic mushrooms from a friend and tried them the way he was instructed to do so. He hated the experience of actually getting high off of the drug, but It was a freaking miracle, his attacks suddenly stopped.  It was actually kind of eerie since he had had no reprieve whatsoever by any other treatments used and tried.

I can't explain how it feels to experience this.   Tom still waits and anticipates his next attack since this is not a cure, he knows that one day it may no longer work for him.  What a relief for now though, not walking up in the middle of the night to the screaming and head banging and horror of seeing a loved one suffer through this incurable disease. We just hope and pray that this lasts for a  long time. There is no way of telling since for some people it works for years, others months, and for some unfortunately not at all. I pray for them all.  This is the most unfair, brutal, In humane thing that a human could go through and yet each of these people who battle this day in and day out are survivors and heroes. some of the strongest people I have ever had the privilege and honor to meet.

Much love and respect,
Mrs.T 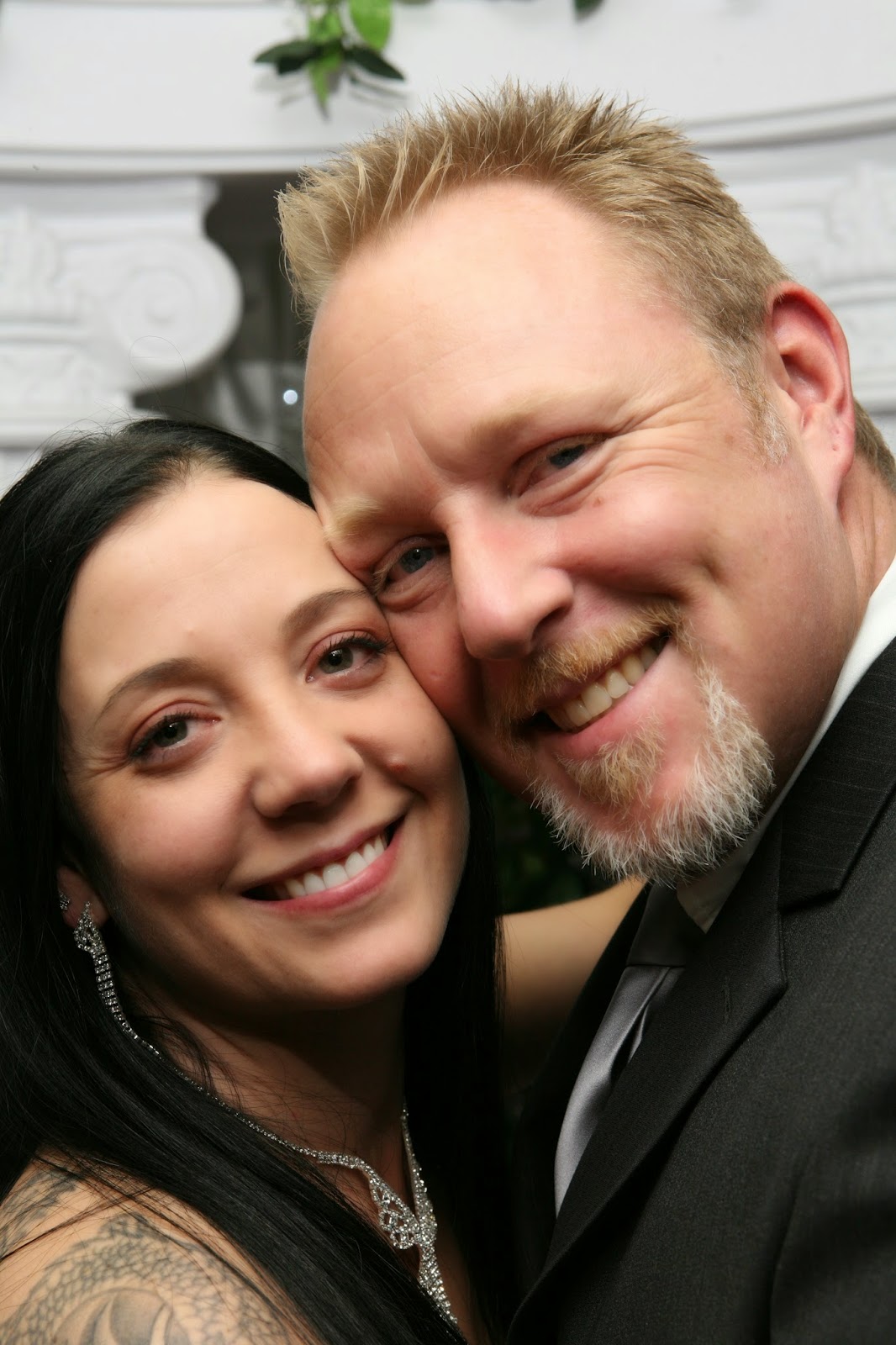 Posted by ClusterHeadSurvivor at 7:42 AM