Wow, how do you thank someone?

Really, to even be thought of let alone raced for I am truly humbled. I am at a loss for words.
And I guess from what my wife tells me, all the hard work I been doing with the blogs, vlogs, logos, awareness and advocacy is starting to come to fruition or is continuing thereof.

I am not a sufferer. I am a survivor. And it was recognized by t a very special person Bill.

A lot of people know me or of me because what I do. My mug is plastered over the internet because of my relentless efforts in raising awareness for a disease I have. And for whatever reason, I was or am being acknowledged for these efforts I have given my life for.

For decades I thought my calling would be something to do with cars since I am a gear head. Having met the biggest of car celebrities on the planet, belonging to the best car club or having owned some cool rides. But that wasn't it. Not even close.

My calling started when I got a suicide email on Christmas Eve. About a fellow sufferer who couldn't bear the pain no more. From that day forward it was my calling to raise awareness and help as many as I can.

In my travels of pain, I was so blessed to meet so many incredible people. Even get celebrities helping me in my awareness projects. And as cool as it was. It was ONLY ever done for the survivors. I haven't done nothing for me. It has always been about us.

People ask me what it's like to rub elbows with Tim Allen, Jay Leno, the Trailer Park Boys and so forth. But to me. the Heros are the survivors, the spouses, and family members who live with the disease. The friends who do not give up on you. The friends you make because I am sick. And embrace the shit out of me because I am trying to make a difference in this world.

People like Bill. ......Who is Bill? Bill is William Greineisen, a 3x world champion Iron Man. Ya, I know. I have an Iron Man tattoo as a parody to the fictional character Iron Man from the movie having a pacemaker power a neurostimulator in my brain. No, Bill is the real deal. An Iron Man Triathlete. This man has ore stamina in his finger than I have had the last 12 years in my body.

Originally from the east coast, I came to make Hawaii my home after retiring from the USMC. From age
18 – 52, I too suffered from cluster headaches. I don’t know why or how but I have not had one in about
10 years and am
thankful for every pain free day, as I know they could come back tomorrow and life will be very different.
I became interested in triathlon after moving to the Big Island Hawaii, home of the Ironman world
championships. I have always enjoyed challenges and pushing myself to the limits. After watching these
incredible athletes challenge themselves, I knew what was next for me. I was hooked.
I started with some small local events here in Hawaii and qualified for my first Ironman Championship
in 2009.
Since that time I have completed 10 ironman races, 3 ironman World Championships, 1 double ironman
and 1 triple ironman.
In 2012 I completed Ironman Texas. I had such a great time, swore to myself I would go back and do it
again, and I will.
In July of 2016 I had a partial knee replacement and the surgeon advised me to give up running for a
while so the knee can get strong again. By September I was strong enough to start cycling and swimming
and within a couple months I was racking up 2-300 miles a week on my bike, feeling strong and confident
enough to start competing again.
I feel very fortunate, blessed and thankful for my family and friends that have helped support and
motivate me over the years.On April 7 – 8 I will be competing in the Bessie’s Creek 24, a  24 hr. cycling
race in Brookshire Texas where you ride as many miles as you can in 24 hours.
Why my cluster headaches came and went, I’ll never know. What I do know for sure is THEY ARE
HORRIBLE. My goal is not only to win this race but to raise as much awareness as possible so future
cluster headache patients can have access to research and treatment that is so desperately needed.

As you have read, he is the real deal. I might be IronMan the cyborg because of my nuero implant,
Robert Downie Jr might be the fictional Iron Man in the movies. But Bill is the real deal and what he is
doing for cluster heads is incredible. A hero.

Bill also invites any cluster head to root, cheer him on and visit him in Texas at the event. Bill has an
open door policy.

Pledge Your Support by clicking here 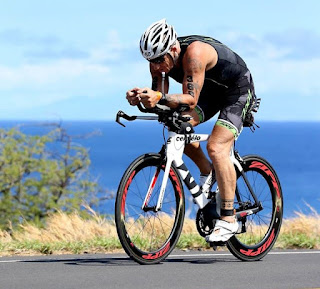 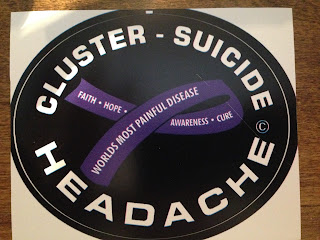 Posted by ClusterHeadSurvivor at 10:48 PM