20 years ago I was channel surfing and flipped on a show called "The Trailer Park Boys", an instant cult hit mokumentary of shenanigans, fucks, shits, cock suckers and other obscenities. While 20 years ago, language like that was highly censored and the first of its kind.


But, if you take away all the profanity and greasy illegal deals they scheme to make money, it in essence is a TV show about family and having each others backs no matter what.

These characters verses their real life persona is completely different than who they are but also the same as they have each others back and more integrity than anyone I have ever known.

Long story short, 20 years of this TV show, becoming a fan and getting sick as a fan changed my life.

If this is your first blog on this site, welcome. If not thanks for reading again.

While the show Trailer Park Boys aired, I got sick in 2005, went through a suicide attempt,  multiple brain surgeries and got even sicker and a lot worse.

I ended up meeting Mike Smith (Bubbles) and Robb Wells (Ricky) in Toronto. By the time we met they knew who I was based on the awareness and advocacy. They actually used my decal (Cluster Headache sticker) on season 10 episodes 2 and 4. So they knew who I was, what happened to me and to be honest when I met them and Mike said " I know who you are, I know exactly who you are". well a little pee came out because he made my head so big I couldn't get it through the door for a week. It was so humbling to have some of the biggest Canadian celebrities acknowledge all the awareness and advocacy I did for a decade come to fruition. I felt to myself like what I did mattered.

Being an advocate for an invisible disease no one has heard about and having a tough time explaining to people that I live with the worlds most painful disease that people think you are trying to TRUMP their pain over yours is a curse itself. Or they think its just a headache. It is not.

As the years went by, Mike and I had a sorta online relationship of respect and kindness. Acknowledging our desire to help the homeless, spread awareness. Mike from Day 1 was my biggest supporter of helping others. I never asked him for help. Mike just did it. As time went on we developed a kinship. It wasn't fan and famous. It was just two Canadians trying to make a difference. Then it snowballed when I asked him to make a video for my dying friend. Which Mike graciously did, and Peter died 2 days later. Then my truck was broken into and the hand written homeless cards were stolen and not only did Mike replace them, he added a shit ton more.

Then one day, after almost 15 years of being sick, and being told by Doctors here, that there was no more hope for me and to go home. And getting 1% worse everyday finally taken its toll on me.

Mike stopped me by giving me HOPE. Something I had completely lost, something that no one could give me here. Then sent me to NYC for Stem Cell Therapy by Dr. Calapai and I immediately seen results and been getting better. That is NOT a celebrity selling himself. That is a human being the most kindest, sincerest, nicest human I have ever known.  And for what? For no reason. Just top help someone Mike loves. I love Mike. I have never loved a man the way I love Mike. I can't even really describe how I feel. How could anyone really? Prevented a suicide, got me better, and is the most decent, humble down to earth buddy a guy could ask for. I would take a bullet, give a kidney or anything. I love the man with all my heart. I guess unless your in my shoes, its kinda hard to comprehend and it has absolutely NOTHING to do with his career. NOTHING. Mike coulda been a plumber and my feelings would be the same.

Next thing we know, we are in Halifax and telling everyone we are moving there. While some may have thought oh yeah, he is just saying that. Well the sold sign on the house should be concrete evidence we are leaving for good and never coming back to live here. While London has been my home for over 40 years, Nova Scotia will be our dream place to live.

How ironic it is that, we became friends, visited and now moving there and 3 weeks before we leave, they do a live show here in London just before we move.

As we hugged everyone good night at the tour bus, they looked at me and was like, see ya in a few weeks brother. To me, it was a beautiful send off to have my close buddy from here, hang out with my hero/friends and say good by to London. It was absolutely beautiful. It was full circle. 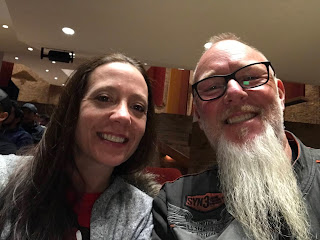 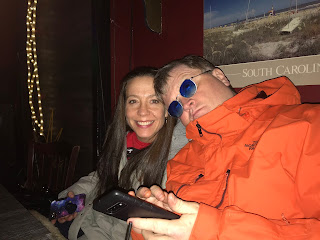 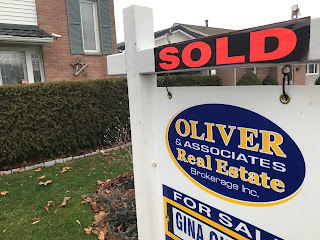 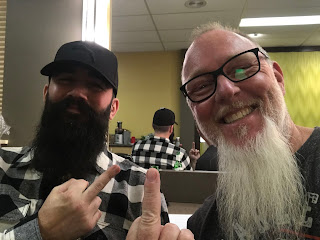 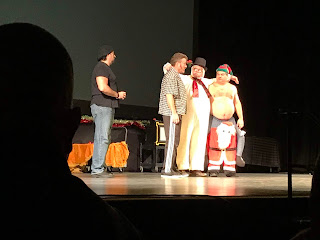 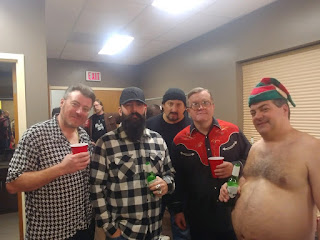 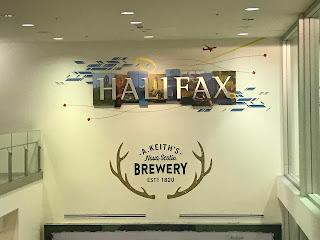 Posted by ClusterHeadSurvivor at 1:20 PM